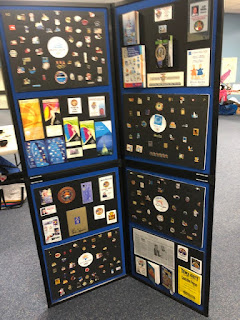 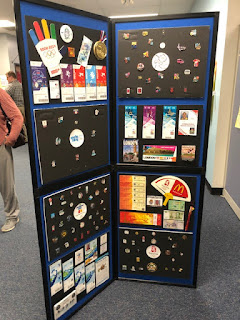 Recently I had the opportunity to display my Olympic Pins & Memorabilia at my daughter's elementary school as part of their Culture Night.  It is always an exciting walk down memory lane as I pull out each pin and memorabilia card to place on the display.  As I was putting the display away, I discovered some of my memorabilia from Athens 2004 that I had misplaced.

Athens was an incredible place to visit and the atmosphere during the Summer 2004 Olympic Games was electric.  It was, after all, the 100 year anniversary of the modern Olympics.  One of the most amazing things about being in this incredible city was the significant history represented.  From the ruins of the Parthenon to the old streets, history was present everywhere I looked.  But, without a doubt, the most significant place I was able to visit was the Areopagus, also known as Mars Hill.  This historical site is where the Athenian philosophers and leaders would gather to debate and reason truth.  It was here that the Apostle Paul proclaimed the Gospel clearly and in a compelling manner to a truly pagan audience.  His incredible message is recorded in Acts 17.  I can not begin to tell you how humbling it was to be there in 2004 and to be on the same spot where the Apostle Paul proclaimed the Gospel and continuing the task of making Jesus known.  Paul used a message before the city's leaders.  I used The Jesus Pin and personal encounters of Gospel conversations to proclaim the Gospel.  It was an exciting day of unforgettable Gospel witness.

I do not know which of my Olympic Ministry team members took the photo below but it remains one of my most treasured pictures.  It shows the significance of what it looks like to take the Word to the World during the Olympic Games.   I had engaged in a conversation with this gentleman who was from South Korea.  It was one of many encounters I had that day on the Aeropagus.  As it turns out, this was one with a Brother in Christ who was excited to hear the message and to know that there were Christ-followers on mission during the Olympics to share the message of Jesus with the world gathered in this historic Olympic city.

Popular posts from this blog

Today, Friday, July 24, 2020 was to be the Opening Ceremonies and official kick off to the Tokyo 2020 Olympic Games.  My plan, along with millions in person and many more millions watching on tv around the world, was to spend the next 17 days focused on sports, competition. culture and the Gospel.       It has been months since I have written anything regarding Beyond the Rings Olympic Ministry.   I apologize to my many faithful Olympic ministry supporters for being silent for so long.  I just recently came to the understanding that I have been in mourning about the cancelling of this Summer's Olympic ministry outreach.  Tokyo 2020, like so much with the new, unpredictable COVID-19 world in which we live, took a major hit and was postponed until next Summer.     The Summer of 2020 marks my 20th Anniversary of Olympic ministry outreach.  The Summer of 2000 found me "down under" in Sydney, Australia for my very first Olympic ministry experience.  As I have
Read more

Why "Beyond the Rings"? 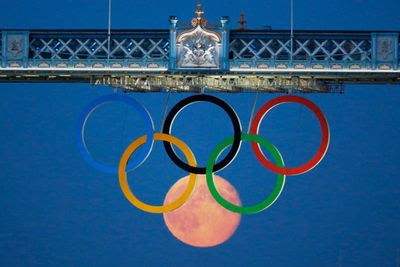 The Olympics are athletes competing, countries bragging, and cultures mixing.  The atmosphere in an Olympic host city is unlike any I have ever experienced.  Each is unique and impacted greatly by the culture of the people of that culture and country.  People are open to meeting people from all over the world.  As in all of life, there is a significant spiritual element unseen yet very much present.  That is what is meant by "Beyond the Rings". There is more going on, much more important and lasting.  The one true God is at work in bringing lives together in this space and time for the purpose of sharing the greatest story ever told.  Men, women, boys, and girls are hearing of God's love for them, many, for the very first time.  Seeds of truth are being sown, prayers for clarity, understanding, surrender, and salvation are being lifted and lasting impacts for this life and for eternity are taking place. All of this is communicated in one image I saw after the London 201
Read more 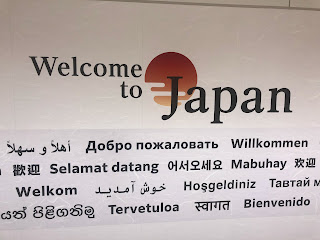 So now that 2020 is officially in our rear view mirrors, what's next? As of today, there are two vaccines that have shown great promise for preventing COVID-19.  However, their distribution will be a slow roll out and may take several months for most people to be vaccinated. What about Tokyo 2020? The International Olympic Committee and the Tokyo Olympic Committee decided to postpone the games for June of 2020 to June of 2021. As of today, the Tokyo 2020(1) Games will be held July 23 - August 8, 2021. Like most things since COVID-19 has come onto the scene, many of the details and plans relating to the Summer Games are yet to be finalized.  What does all this mean for Beyond the Rings and my involvement in taking the Gospel to those gathered during the Olympics in Tokyo this Summer?  As of right now I am going to continue to remain faithful to the last thing God told me to do: GO!  Over the years, God has continued to both surprise me as well as provide in ways that affirm His call
Read more